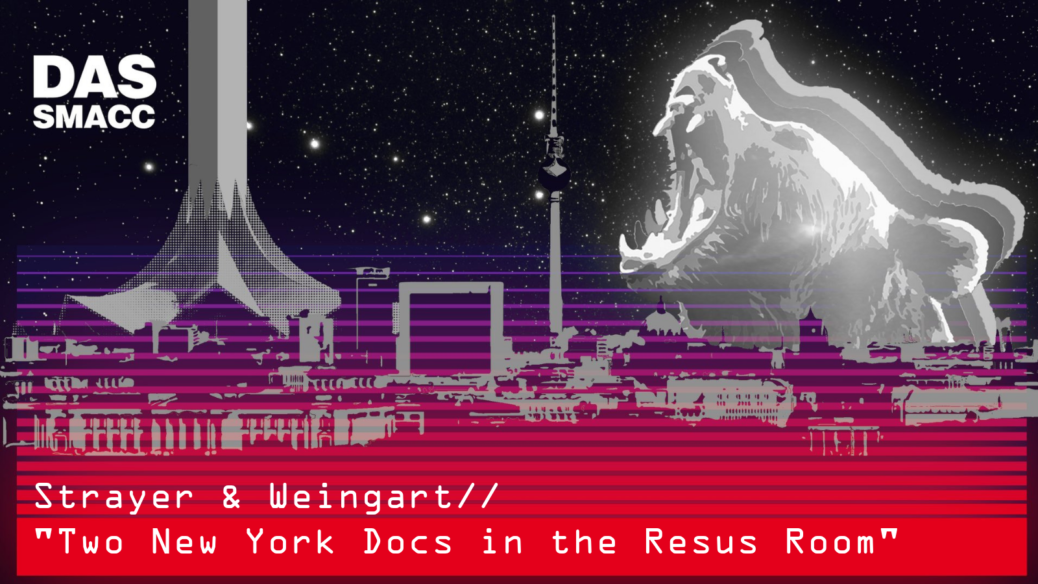 What is New York City style resuscitation? Reuben Strayer and Scott Weingart honed their chops in public hospitals in America’s largest city, where patients come from every country, speak every language, and manifest every physiologic derangement on earth. Preferring to ask neither permission nor forgiveness, Reuben and Scott have long challenged emergency medicine and critical care orthodoxy and developed lateral (though sometimes divergent) strategies in their approach to problems that arise in the care of the sometimes unwashed masses who tend to avoid presenting to medical attention until they’ve fallen off the Frank-Starling curve. Topics that may be discussed (or argued) include the use of epinephrine, the use of noninvasive ventilation, the management of recently intubated patients, the use of ketamine as an induction agent with and without a paralytic, and decision-making in badly injured trauma patients. Ad hominem attacks will be defined and probably employed. Though Weingart has a physical and intellectual disadvantage against the bigger, stronger, quicker, younger, and better-looking Strayer, these disparities will be muted by Natalie May’s capable moderation.