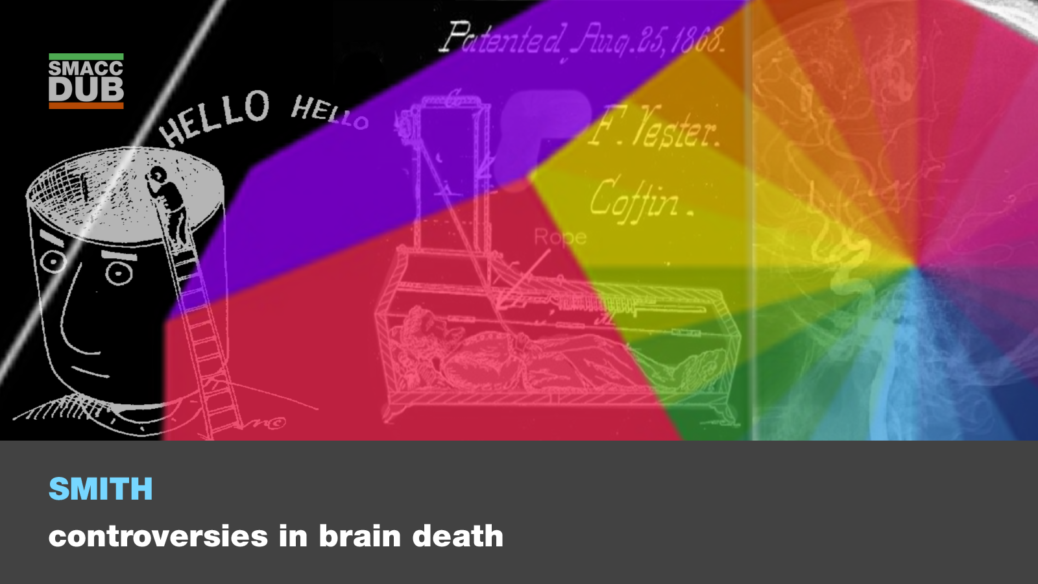 Almost fifty years since the concept of brain death was first introduced, some individuals and whole nations still struggle with its concept and justification. Many controversies continue to surround brain death, although there is broad consensus that human death is ultimately death of the brain. This crucially involves the irreversible loss of the capacity for consciousness combined with the irreversible loss of the capacity to breathe since, taken together, these elements represent the most basic manner in which a human being can interact with their environment. Confusingly brain death is defined in two different ways based on ‘whole’ brain and ‘brainstem’ formulations, although the clinical determination of both is identical. It is not widely appreciated that death is a process, and this leads to misunderstanding by both the public and professionals; reports of brain dead patients ‘being kept alive’ on a ventilator are familiar. Pragmatically, once a threshold of irreversibility in the dying process has been reached, and brain death is such a point, it is not necessary to wait for the death of the whole organism for the inevitable consequence of its biological death to be certain. The majority of countries specify that a clinical diagnosis of brain death is sufficient for the determination of death in adults, but there are major international differences in the criteria for the determination of brain death. There is unanimity that confirmation of absent brainstem reflexes is fundamental, but wide variations in requirements for the apnoea test. The diagnosis of brain death is robust when established diagnostic criteria are strictly applied but, somewhat worryingly, deviation from jurisdiction-specific diagnostic guidance is relatively common. This lecture will discuss the history and development of the concepts and diagnosis of brain death internationally, examine current challenges and controversies, and make the case for an international consensus.